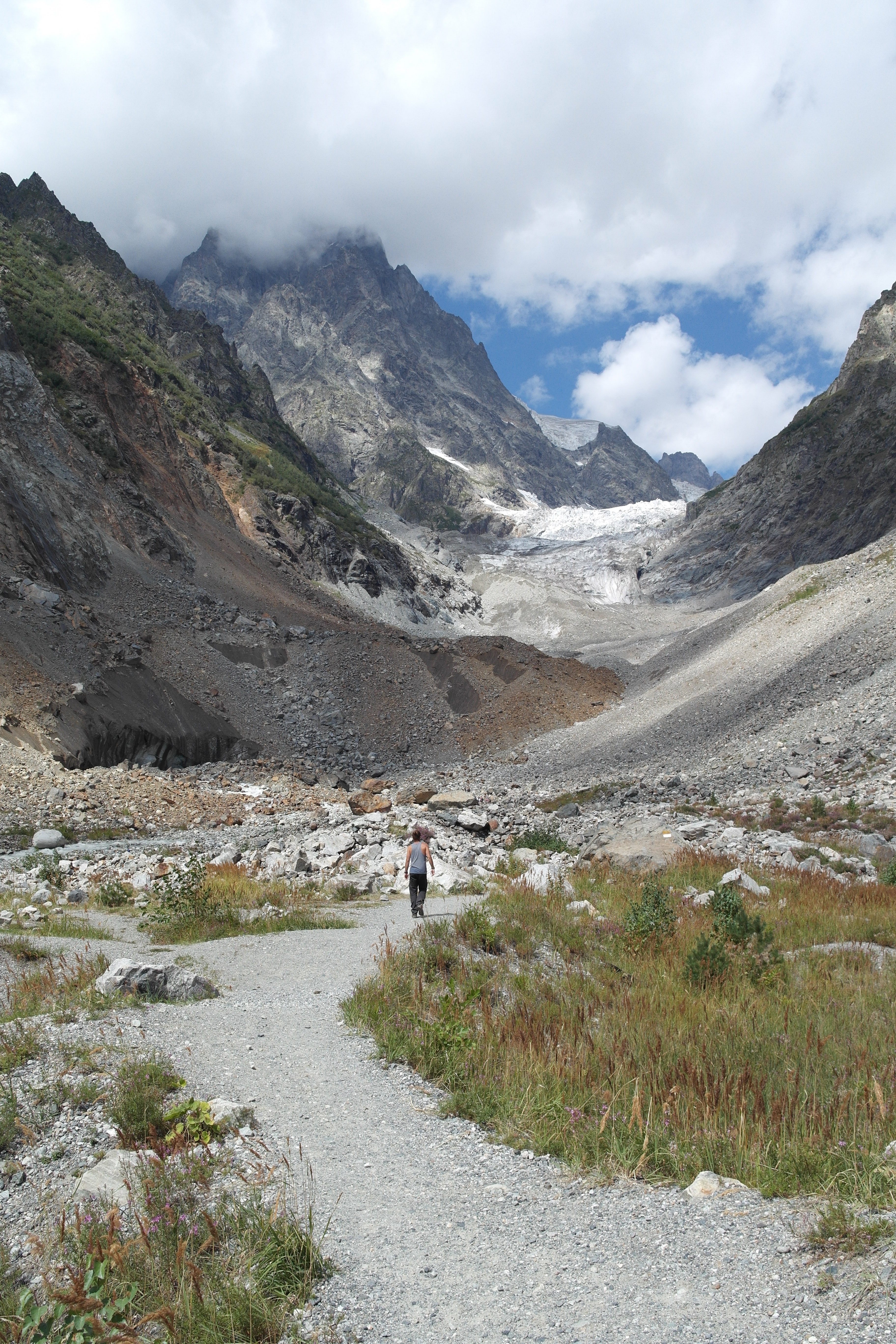 Yesterday I heard the sound of Rubens alarm again. I believe it has been some months since the last time it went off. It’s a quiet and relaxing song of Muse*, familiar to my ears, yet it seemed to come from a parallel universe. Another world, in which our alarms went off every morning at 6.45, we had to shower, eat breakfast, go to work and spend loads of our time there. Went to the gym, meet up with some friends, eat, sleep, repeat. The rat race which became our standard. A time in which we have been so busy that we barely had time for each other, or ourselves. I realize that it has only been three months since I’ve heard the song each and every morning, but it feels so far away.

It’s almost two weeks ago since we’ve seen the balloons floating over the valley of Kapadokya. The road has led us further, more adventures awaited in our beautiful parallel universe. We crossed the length of Turkey, a country of which we didn’t think much before leaving home. I’ve visited Istanbul before, and knew that it’s a gorgeous mix between the east and west. But that’s about all I’ve seen of the country. I didn’t think of it either that it would be this big! We crossed long stretches of nothingness, empty sand colored land while the kilometers on the perfect roads quickly passed by. Erdohan appeared to have done something good after all. It was remarkable that somewhere halfway Turkey it seemed like things were changing. Hospitality again, was lifted to another level. Everywhere we went (literally, from a toilet, to gas station, to wild camping spot) people offered us tea or brought us food. With most of them we couldn’t even communicate properly. There is so much we can learn still 🙂 With some of our.. Mh feeders sounds a bit rude 😉 but you know what I mean, we could speak. It was great to learn more about their culture, their background, the area in which we were. And it was even nicer to feel connected, feel like we are truly becoming part of the areas we cross. To see new perspectives and learn from their points of view.

On advice of Ali we went to Munzur valley. Back into to the green, lush and lively forested mountains. Mountains have been calling me, and riding their winding roads got me so excited. It felt like my monster and I were breathing together, like the road gave us wings. In search of some waterfalls we ended up on a small off-road track, leading us to nothing but an old shepherd and his herd. I find it fascinating how the faces of these people speak for themselves. Wrinkled, lived through, sparkling eyes with so much life in it. I don’t find it appropriate to ask for making a picture of them, so I think you just have to believe my words. But it’s gorgeous. Why are we all searching for eternal youth? Filling ourselves up with Botox, makeup, whatever it is. Old faces can tell stories of full lives lived, without saying a single word. I believe it’s wonderful. But, also without the ability to exchange a single word, the man pointed us at another direction, we took the wrong road. With the help of some other locals we were led to the source of the Munzur river, followed by some waterfalls that were a little disappointing. Since it was late we put up our tent next to the source. We watched the stars and milky-way rise, astonished by their beauty. It wasn’t until the next day that we found out that our perfect peaceful little place was a real local tourist attraction. Luckily we’ve had it for one night just for ourselves. 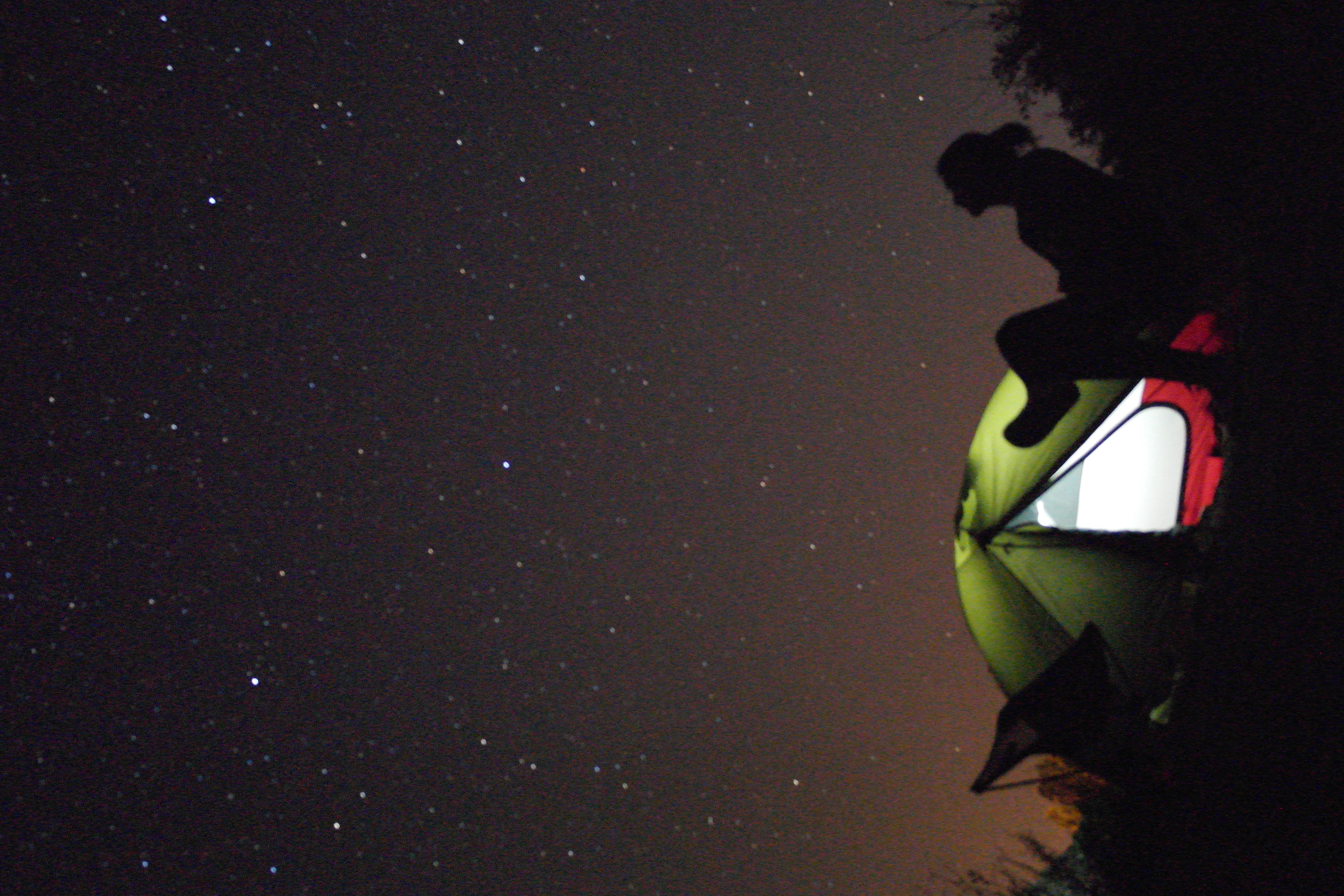 Only a few days later our journey through Turkey came to an end. With a little hassle (The KTM had to go through an X-ray (fortunately they didn’t find all our drugs!), after that he didn’t start anymore so we’ve been working for a while in the burning heat to get it fixed again. Thanks to Arnold for advising to bring a battery-pack that can charge a motor battery) we were able to leave Turkey behind and entered one of my much beloved countries: Georgia. That evening I finally had a swim in a warm Georgian river, when the sun painted everything in gold. I realized how lucky I am to travel, see all those amazing places, to even come back to this stunning country and see it’s beauty covered in green instead of white. Right after the border it seemed like we entered a different world. A world in which everything is so lively and green and beautiful. And a world in which cows, pigs, geese and water buffaloes (but did I say cows?) dominate the road. Truly, I think more Georgian people are killed here by cows wandering the roads than by anything else. However, as long as you’re able to dodge them they are really cute. 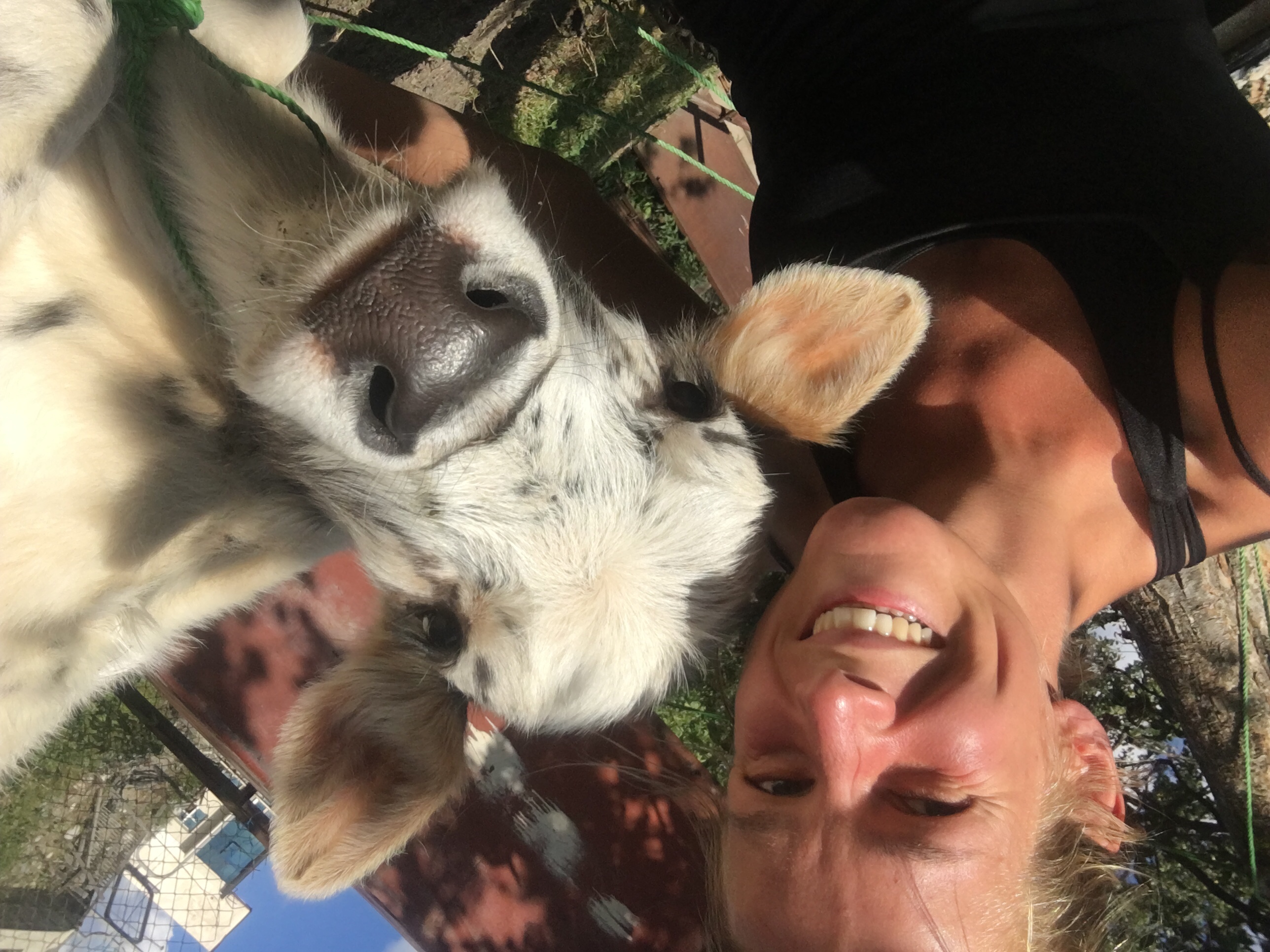 Last time I visited this country I didn’t get to see Mestia, because it was too late in the season to cross the roads there. So Mestia was our first destination. The road to it was gorgeous, winding through steep green mountains. It didn’t take long before we even saw some jaw dropping white capped Caucasian peaks. But having expectations, I learned again, is something you should avoid. Though the surroundings were amazing Mestia was pretty full of tourists, probably we weren’t the only ones wanting to go for a hike. We found a weird little hide-away camping (with cow, of course) on which we settled for three days. The intention was to do a multiple day hike, but the weather forecast wasn’t too good so that was reduced to a single day hike to a glacier and a day of relaxing. We enjoyed both. The glacier was even closer by than we thought, cause halfway through our break on top of the mountain we discovered that the weird bare rock we were staring at the whole time wasn’t a rock, it was ice! I felt a little dumb, but well, it was stunning. 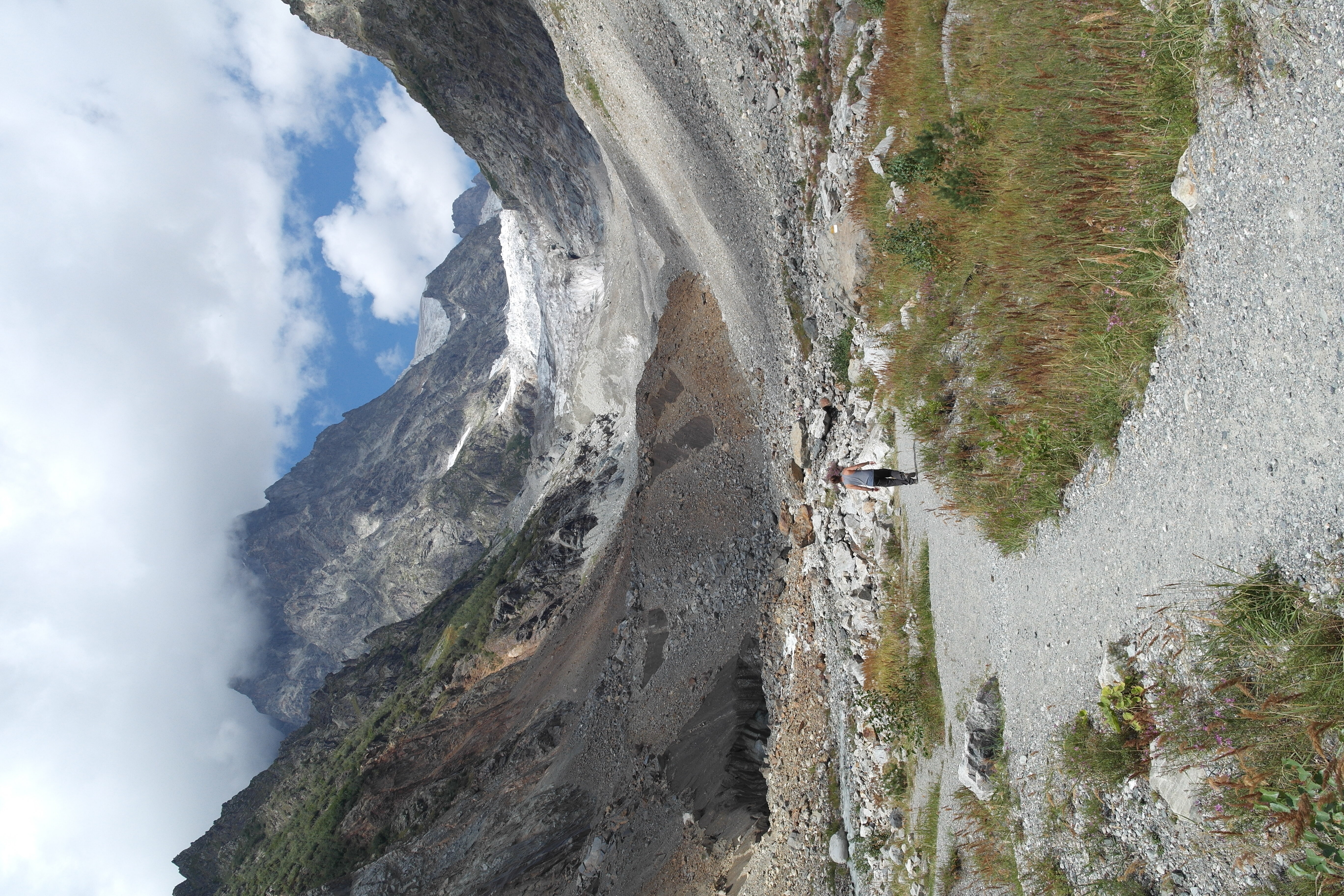 After Mestia we decided that taking the same (asphalted) road back would be a bit boring, so went via Ushguli to Lentekhi, shorter in kilometers, but way longer in driving time. Ushguli was a stunning isolated little mountain village, even told to be one of the highest continuously inhabited villages. Gorgeous scenery with snowy mountains and lush green hills. We enjoyed some local Katchapuri there before heading into the difficult part of the track. After our adventure on the offroad track of Albania we were a little scared. But steadily we continued and worked our way through the rocky but breathtaking alpine road. I had the chance to see my bike from another point of view, twice even. Once I just went too slow, not a good thing offroad. And soon after we encountered a river, where I confused my clutch for my break and went uncontrollably to the other side. Went quite well. Unfortunately the way out of the river wasn’t the best one to choose, so there I dropped it again. Both unharmed, luckily, only a little dented ego 😉 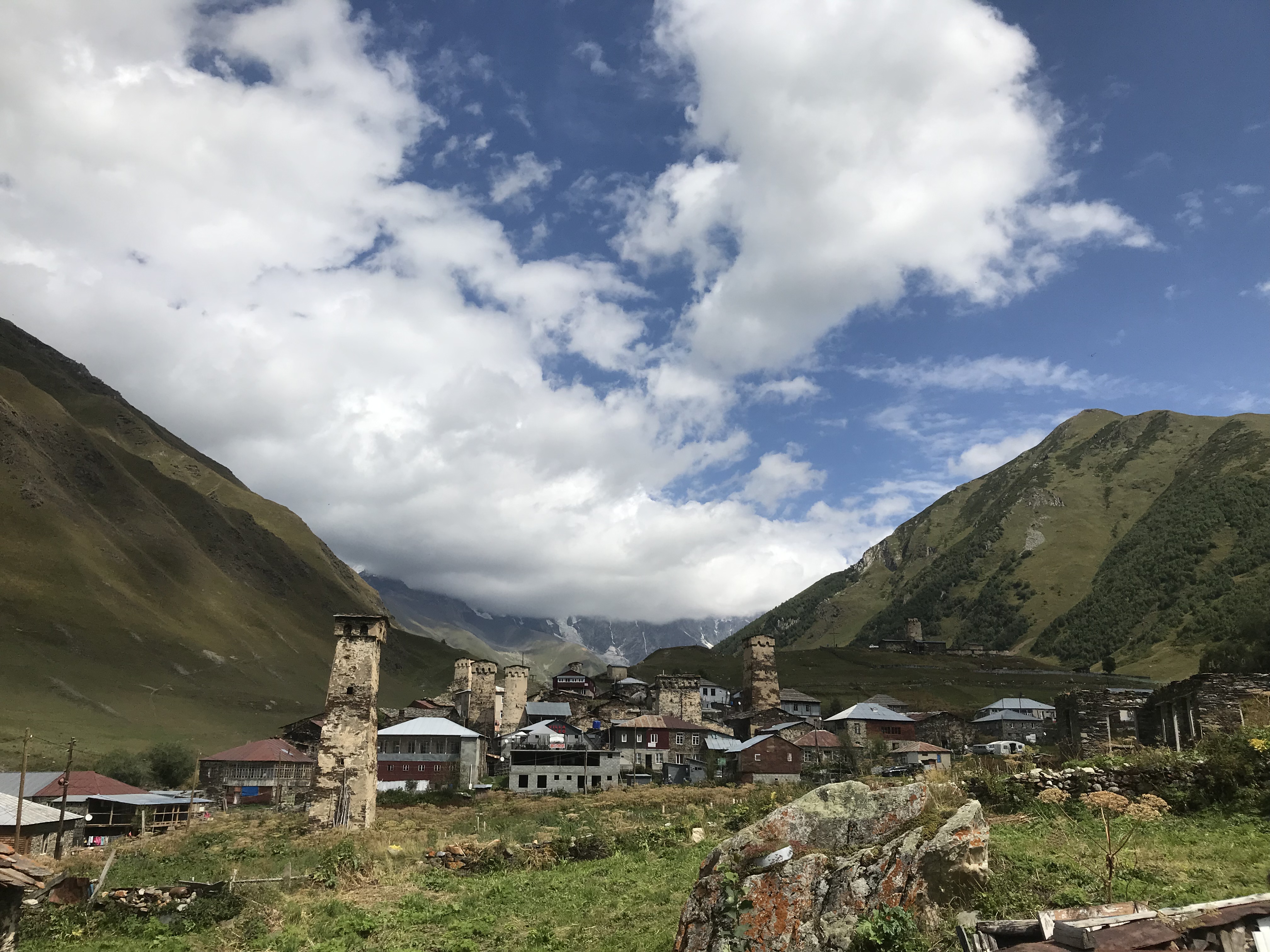 We found our way to Borjomi, a way in which we received our first fines, I nearly forgot about it. A policeman caught us when we were illegally overtaking other cars, accidentally at the same unfortunate time. Google translate told us that we both had to pay 50 lari (€15,something) at a bank or on the border. Let’s see what the border police has to say to it 😉 Once in Borjomi a local camping owner convinced us to take a room in his house for three euros more than sleeping in our own tent. With wifi, and shower. That first one I used to make a video-call to my family, who celebrated my mom’s birthday that evening. It was lovely to feel a little bit like I was there too. But it’s weird, to be on a screen. To be the person that is away, for god knows how long..

Yesterday we discovered a little bit more of this beautiful national park from the back of a horse. How lucky are we, to see those lovely little creeks passing through the soft green forest while we are carried through it by small but strong mountain horses. It wasn’t only the forest that caught my attention though. I’ve managed to put Ruben on a horse before, but he only liked rides through the forest (which I totally agree to) and we didn’t always have a horse that could do that with someone without a lot of experience. Yet here we were, and it looked like he had done it a 100 times before. I’m convinced he always looks sexy, but this time he was extra attractive. 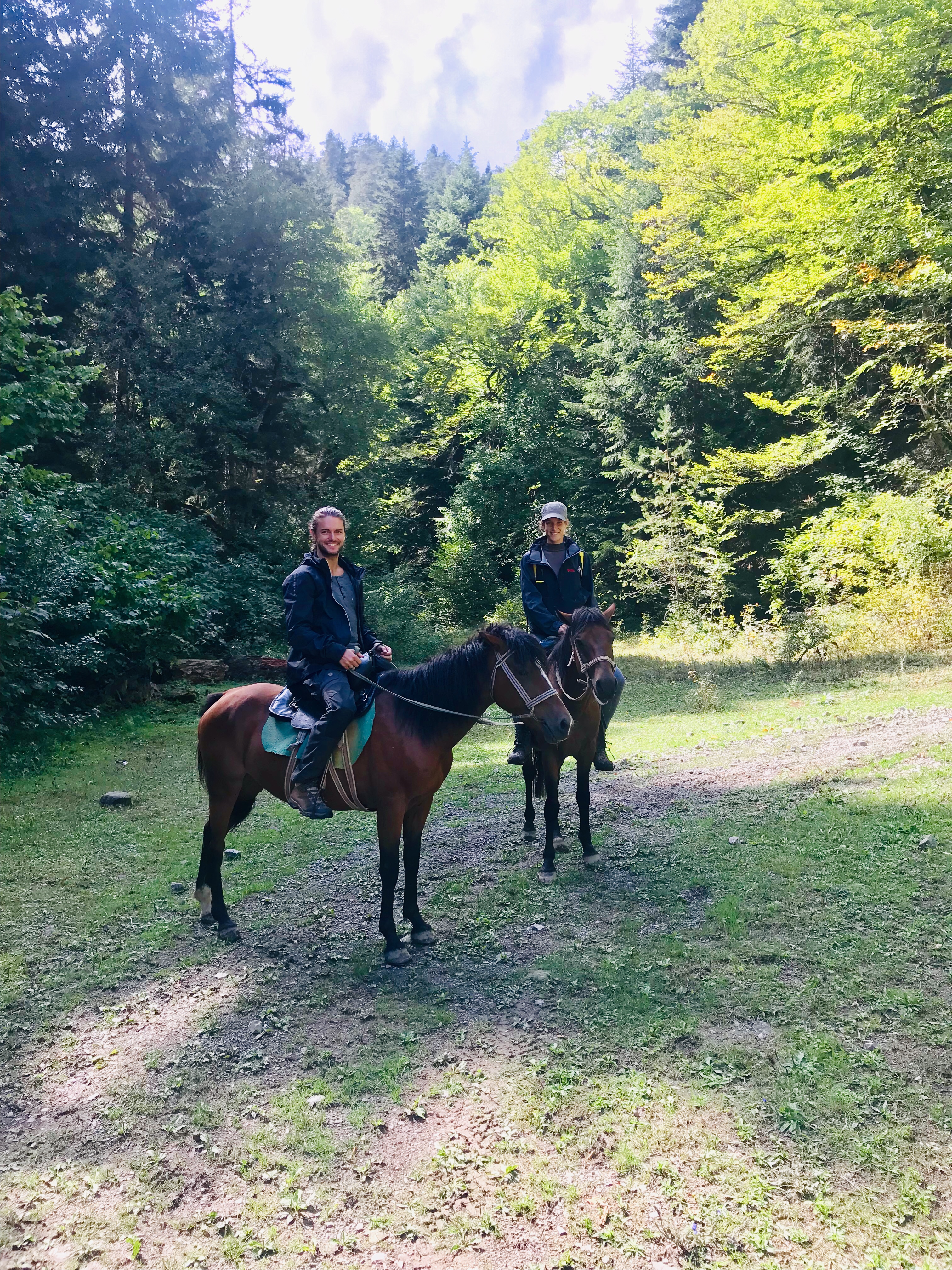 Last night our host in our guesthouse invited us to taste some of the local vodka. The night wasn’t only filled with alcohol, but also with amazing stories of the Georgian history, anecdotes of how my hangover had ruined the taste of a weird local sausage looking candy, the story about how the amazing Georgian grape production was ruined by Russian invaders, how bad Russia in general is, how people in Georgia live off a 500 lari salary while the costs of living are nearly double as much, and how lucky we as Western Europeans are. Also was it filled with toasts, as you are supposed to make before every sip of wine or vodka you take here in Georgia. Toasts to life, to love, to friendship, to adventure and all there is more.

Back to our title, cause it might need some explanation still. After Istanbul we have been camping throughout the length of Turkey, up until now, Borjomi, Georgia, where we first saw a proper bed again. Most of this camping was, as I can proudly say, in the wild. While it might sound a bit dirty we really got the hang of washing ourselves, our cloths and dishes in rivers and well, basically every kind of clean water we passed. So for the first time of this trip, I wanted to say, but maybe in my life, I haven’t been in a shower for ten days. And though I love to be in this house here in Georgia, I feel that we are becoming wilder, more used to the outdoor lives. Learning to take the opportunities as they pass by, to live with and in the nature. And that is something beautiful. 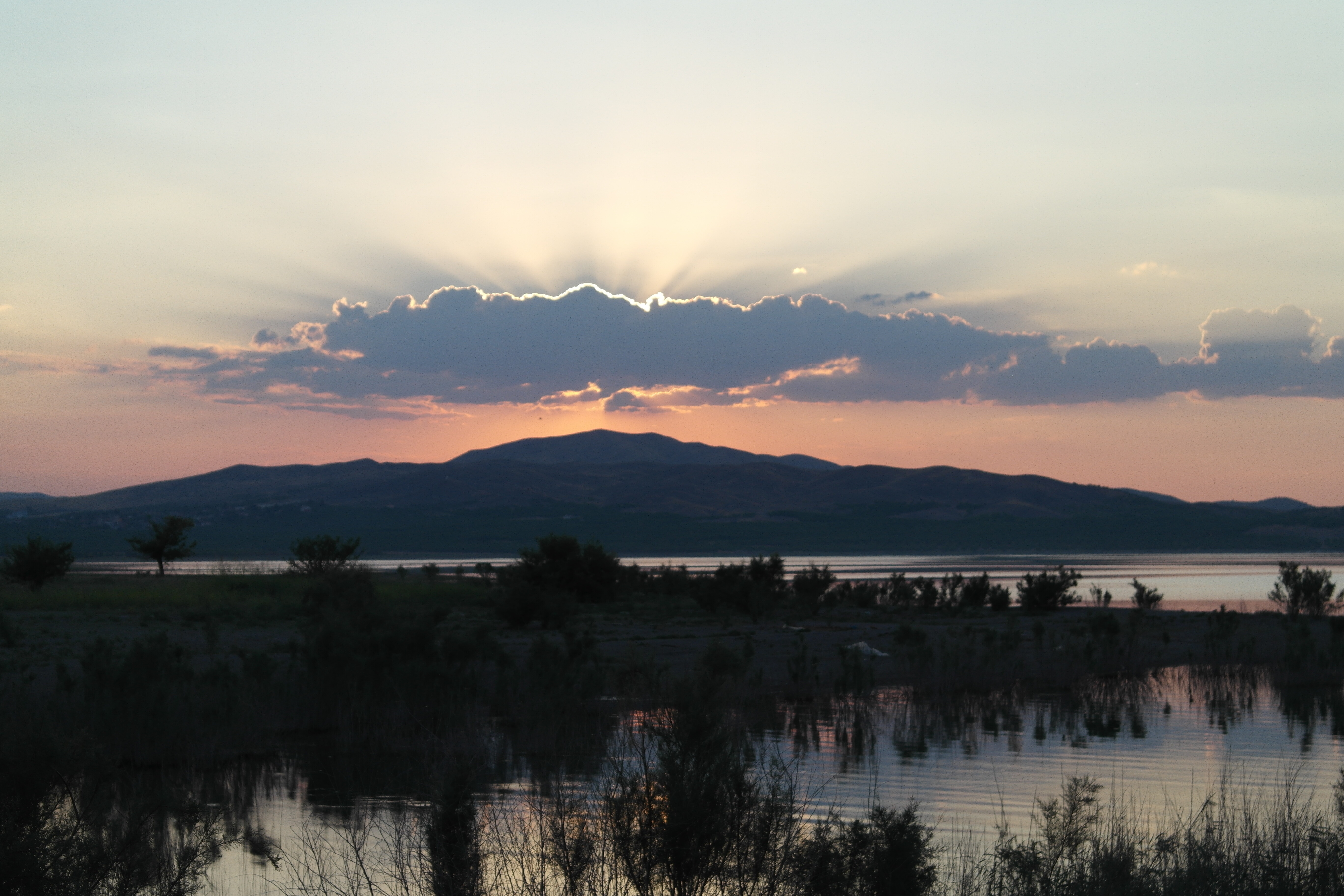 *Exogenesis Symphony Part 3 (Redemption), I discovered, for those who really wanted to know 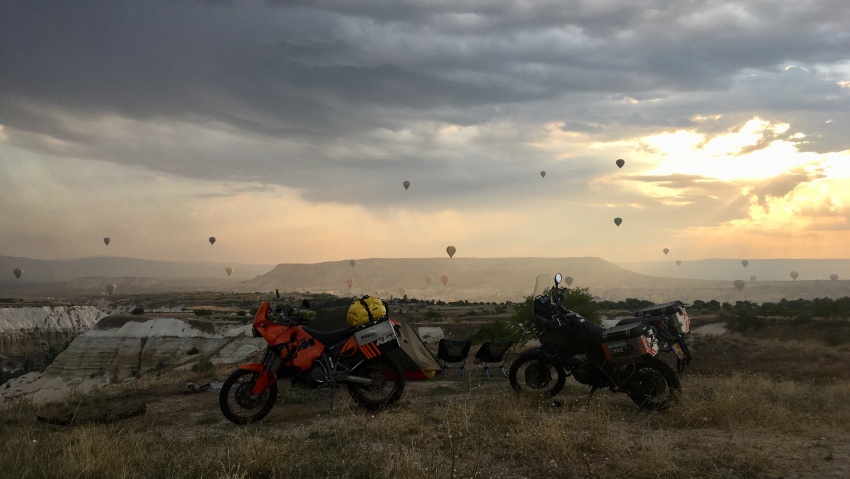 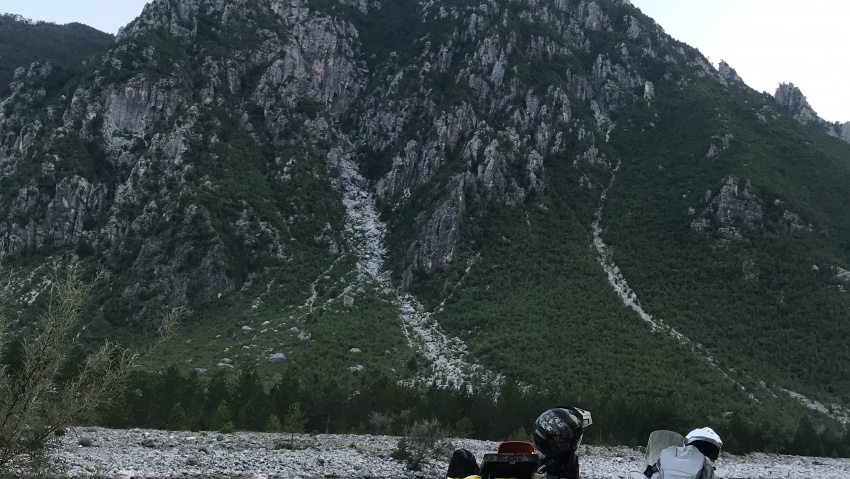