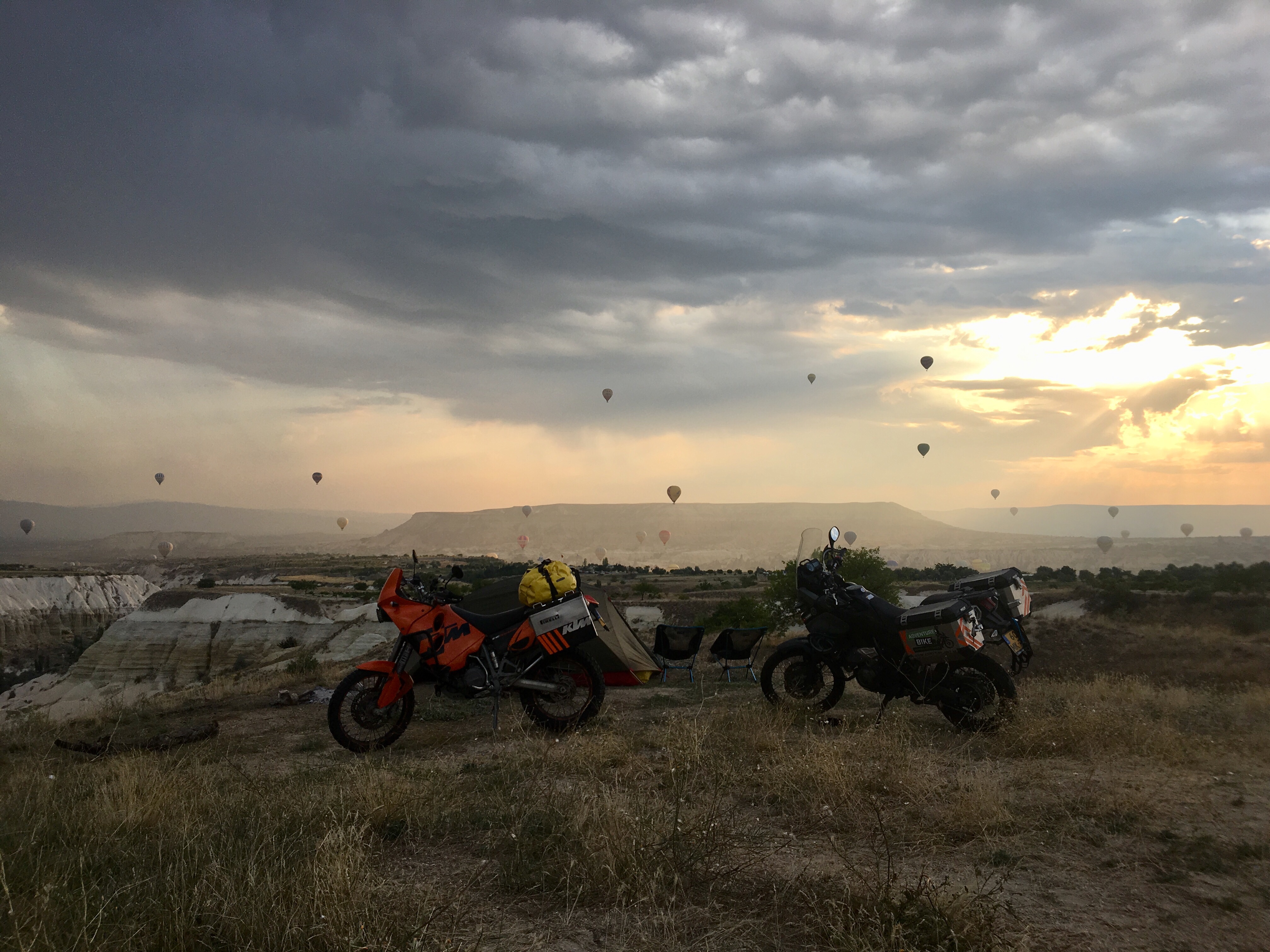 And before we noticed two more weeks have past. I ended my last story in Greece, where I just became human again after feeling so terribly miserable. It wasn’t until I was fully recovered before Ruben started complaining about his stomach. It was his turn. When I thought he was about to die because his fever seemed ridiculously high, I was reminded of Ruben packing a thermometer (go Ruben!) and we discovered that with “only” 38,5 degrees body temperature it would be safe to stay in the tent for a little longer. Next day it was clear: we’d stay an extra day along this beautiful piece of coastline because we both hadn’t really enjoyed it yet. Three days in a wildcamp spot is our new record! Next time it would be nicer to spend these in good health though. Our path led us further through Greece. Soon we would exit the European Union for, well for how long would it be? It is a little scary but utmost exciting to leave without a predefined return date. This is what I’ve been daydreaming of for so many years, while the papers I had to read kept piling up, and the thesis I had to hand in kept being postponed. I desperately wanted to leave, but found myself obliged to first obtain that so much desired diploma. And I hadn’t really imaged myself riding off. Most of these daydreams involved a one way airplane ticket to a faraway unknown tropical destination, but this certainly has so much more to it than Schiphol!

After a night in an unremarkable farmers field, where apparently even a real party was going on, keeping us awake till a terribly late 2:00 at night, the moment was there, we’d go to Turkey. Border crossing could be a real pain in the ass, I’ve read about it extensively, but we hadn’t expected this in Europe still.

The documents of our motorbikes had to be checked by 4 different people, with at least half an hour much needed rest time in between, of course. We did need a visa, of which we were unaware, and when I finally got some cash to pay for it (cause why on earth would you enable card-payments in the 21st century, right?) Ruben discovered that an e-visa was €7 cheaper. So we got that. Quite a few hours, and with a freshly obtained bad mood later, we entered Turkey. 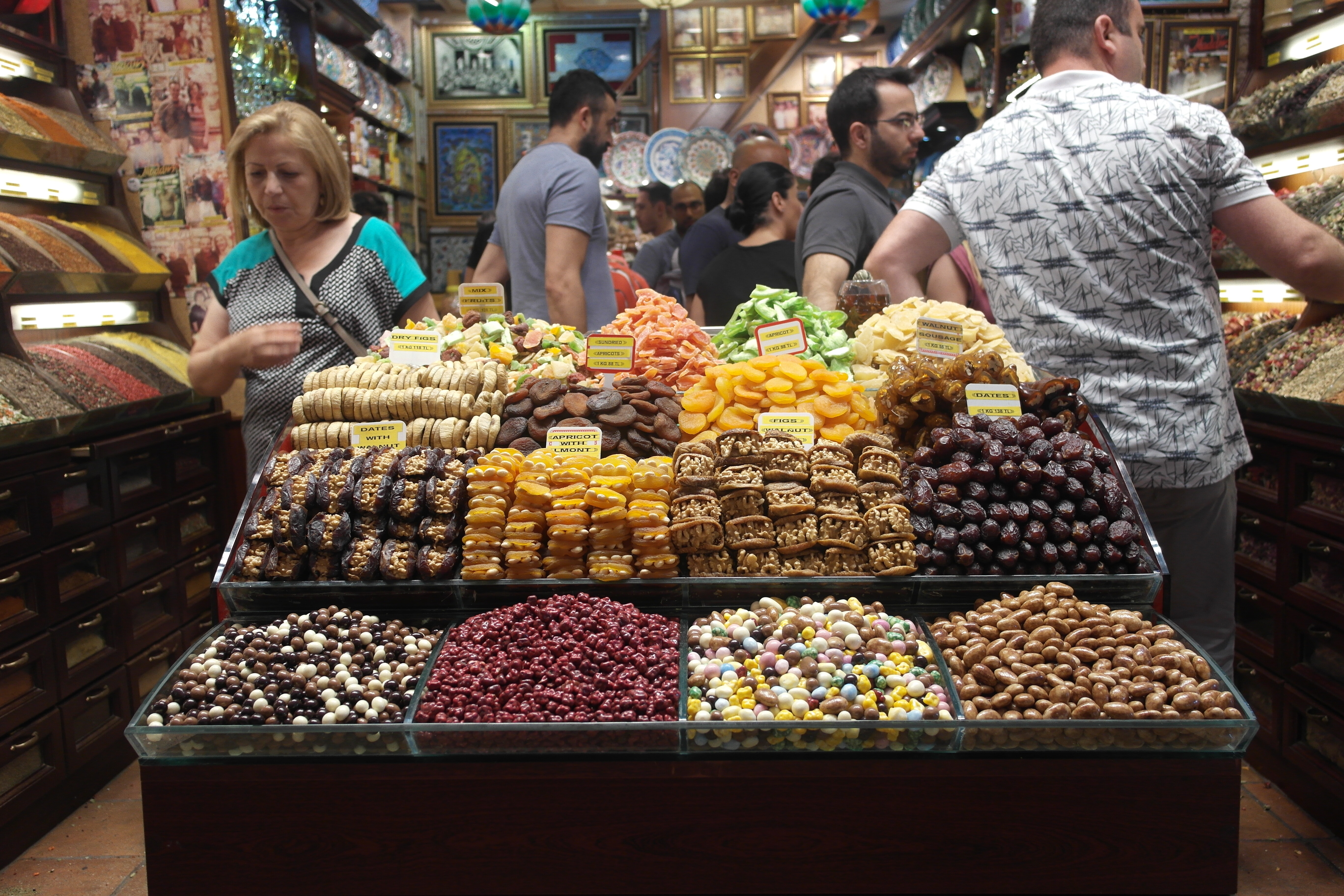 That same day we went to Istanbul. On the way to it someone opened a car window and yelled in ‘plat Amsterdams’ (doesn’t really translate but kind of typical dialect of Amsterdam): heya, where are you from?! When I made clear we’re from Breda and on our way to New Zealand we got a big smile, thumbs up and applause of all passengers. The more rare we become, as Western European motorbikers, the more people approach us, asking mostly stubbornly in their own language what we do, where we’re from and where we go. It is so much fun 🙂

We crossed the continents, when passing a beautiful bridge overseeing the European and Asian sides of this immensely big city. In Istanbul the next level of hospitality awaited. On the horizons unlimited Facebook group (in which motorbikers from across the globe share their love of traveling by bike) someone has offered us a place to stay. He was on a trip himself until the next Sunday but we could pick up his keys in a close by market. For the people unfamiliar with Dutch culture, to name an example: we are going to have dinner could be translated as could you please leave, we’d like to eat. We Dutchies like guests, but they shouldn’t overstay their time. To open up your home for a stranger is another level.

We ended up staying for 5 days. We spend one of the days pretending to be real tourists, visiting the heart of the city with the blue mosque, the Grand Bazaar which was closed, and all those many different people. We got to meet Ali and his girlfriend Gökçe, the two wonderful people that hosted us. With them we went to a traditional Turkish bathhouse in which the girls and boys were separated of course. In there, half of my skin was scrubbed off by an old, voluptuous lady wearing nothing else than her underpants. What an experience. As a desert we got a fruit tower in the shape of a flaming swan in something of which we expected to be a low key, quiet restaurant. Gökçe nearly spit our her food when we saw it. It was so funny. 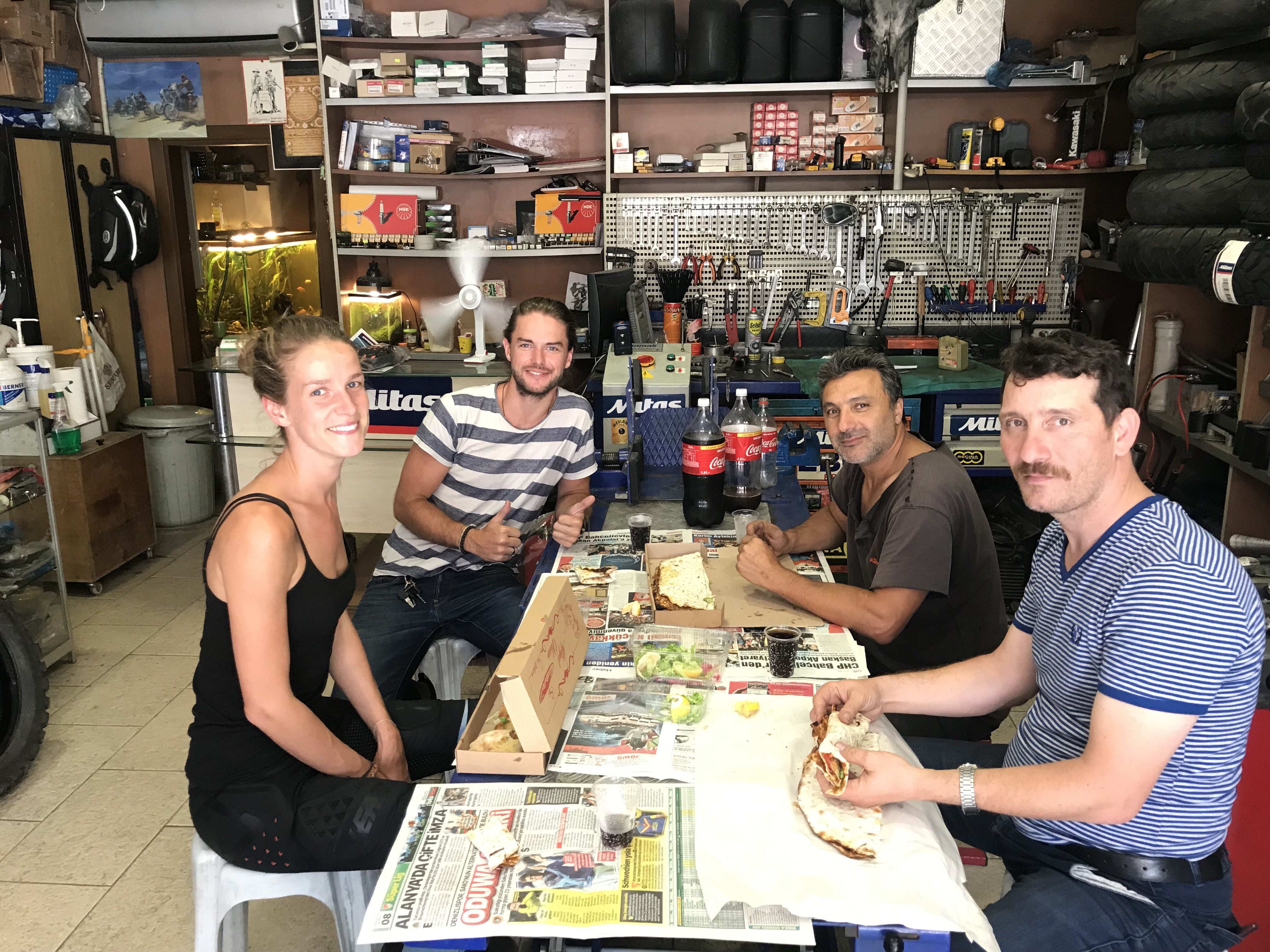 Our bikes went for some maintenance by a guy that spoke three words of English, and where like a miracle a translator turned up in the shape of his friend. The guy was fine with hanging around in the 12m2 garage with all of us all day. For lunch my Tènèrè was taken off the workbench, some old newspapers were put on top of it and Turkish pizza was brought along by the young helper. We stayed an extra day to arrange the Pakistan visa, which we did in a Starbucks since the internet in Ali’s place was temporally not working. That felt like old days, good coffee, a laptop, and Ruben doing most of the work while I stared out the window, pretending to do some work. Our last night Ali en Gökçe took us to a fancy neighborhood Kadiköy, where we smoked some very traditional shisha, had loads of çay e.g. tea, played some rumicub looking game OKAY, and laughed about old men joining the other old men around the table, watching their OKAY game, drinking on their bill and disappearing soon after.

We endlessly enjoyed the company, the interesting conversations, the shower with warm, running water, the pillows, and the bed. It was a true delight, and leaving was a bit difficult.

Yet we did. And for quite some days we are on the road again. We spend a night along the coast of the Black Sea, where I was remembered of the astonishing beauty of the reflection of a sunset in the wildly untamed water. How many of these have I seen, nearly ten years back, in Australia? I was brought back to these places when I wandered the long stretch of deserted beach alone. Witnessing the beauty and power of nature is one of the few things that makes the energy of life explode inside me, that makes me feel connected to everything, yet it makes me also realize that I am only so, so small.

We’ve made quite some kilometers in the days that followed, as we kind of misinterpreted how big Turkey would be. We drove to one of the salt lakes, on advice of Ali, and found a completely deserted piece of land next to it. It’s amazing to walk over this white stretch of nothingness, to have a perfect view of sunset and watch the enchanting night sky when I had to get out of the tent in the middle of the night because it was nearly blown away. Truly, it was astonishing. The next day we passed another salt lake next to it that was completely turned pink. For a change we parked next to the Asian tourists and put our feet in the water next to them. Not being so smart to bring our flip flops we nearly had our feet bleeding due to all the razor sharp salt crystals. But it looked gorgeous! We hadn’t seen anything like it before. 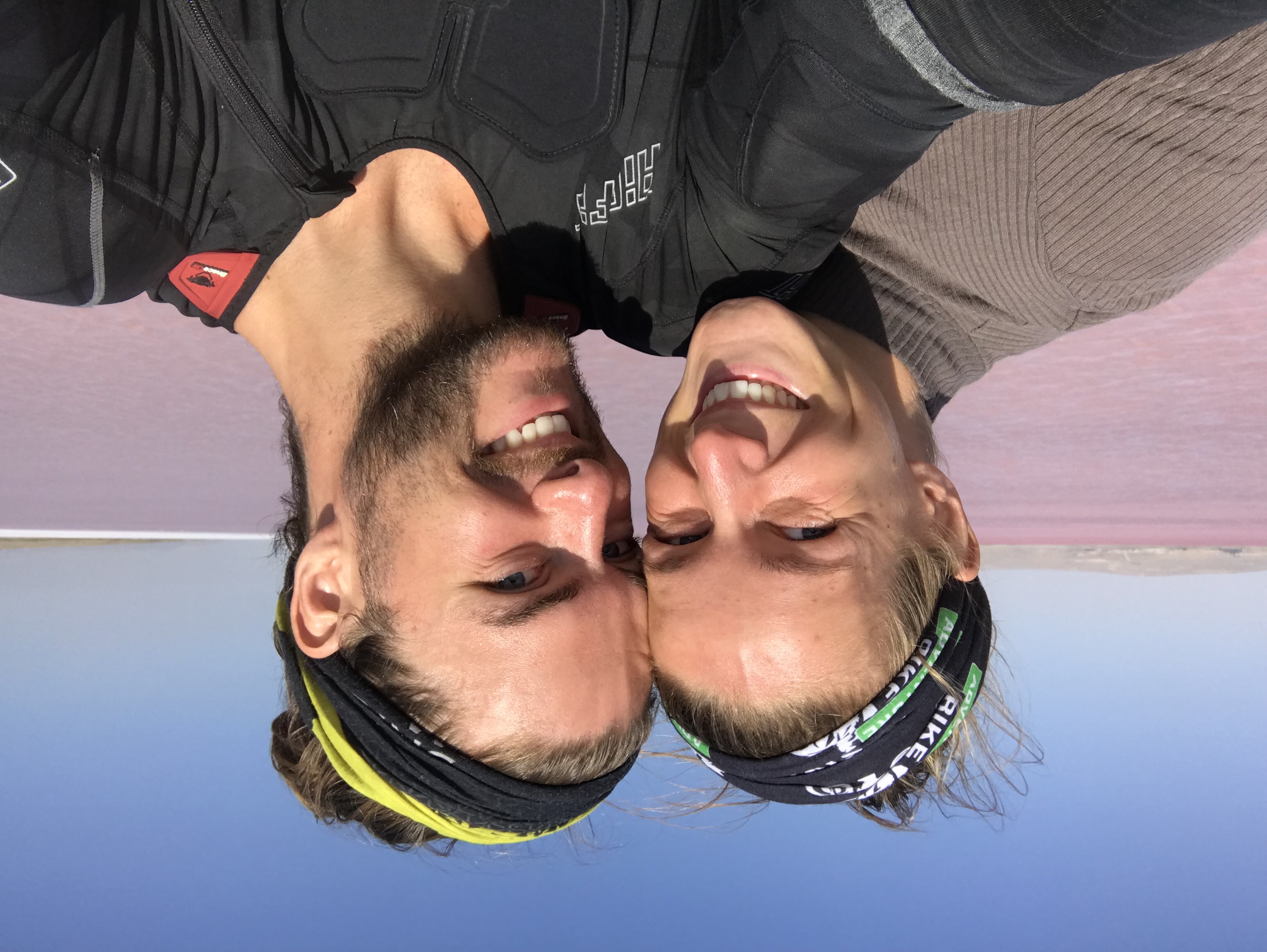 The day brought us further, to another touristy place. Though I normally rather avoid it, and certainly don’t like it when people constantly name my destination as the one we are probably going to, this one was worth it. Kapadokya. It is known for its balloons, but yesterday there was so much wind that I excepted to see none of them. The landscape is so peculiar, odd shaped outstanding rocks, houses and even churches build into caves and winding roads through the sand colored valley. We found a quiet space to put up our tent, overseeing the valley. How lucky we are with this ever-changing gorgeous front yard. This morning I woke up to the sound of thunder, I thought. After some minutes to get my brain active again I realized that the sound was a little strange. I tried to peak through our window, which is maybe 20cm2, didn’t work. Slowly opening the door, trying not to wake Ruben, I saw a little fairytale up in the air. The valley was covered with I think 50 balloons. Like a child in a candy shop I jumped up and down (pretty hard in our small tent, you know..) THE BALLOONS, RUBEN THE BALLOONS! We jumped out and watched, it was an amazingly beautiful spectacle. It didn’t last that long, after I guess half an hour they were all gone. But we’ve seen them ❤️ 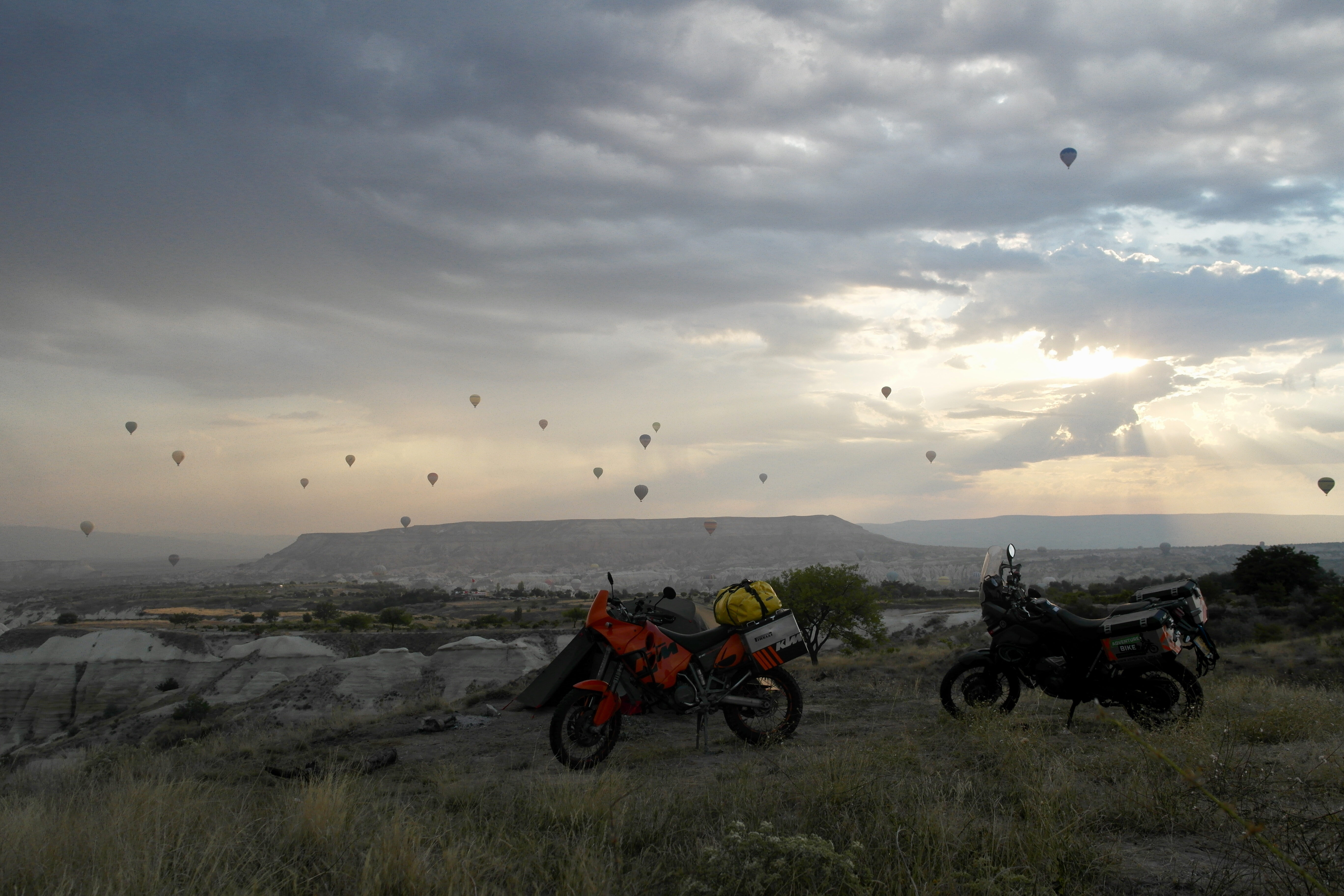 Today it is exactly one month ago that we left Sibel, Michiel and Sabrina in France. One month on the road, in which we have crossed the continents, met lovely and inspiring people, seen places we couldn’t have imagined, faced challenges and conquered the scariest roads. But I am so happy this is only the very beginning. There is so much to be discovered still, a whole world to be exact. 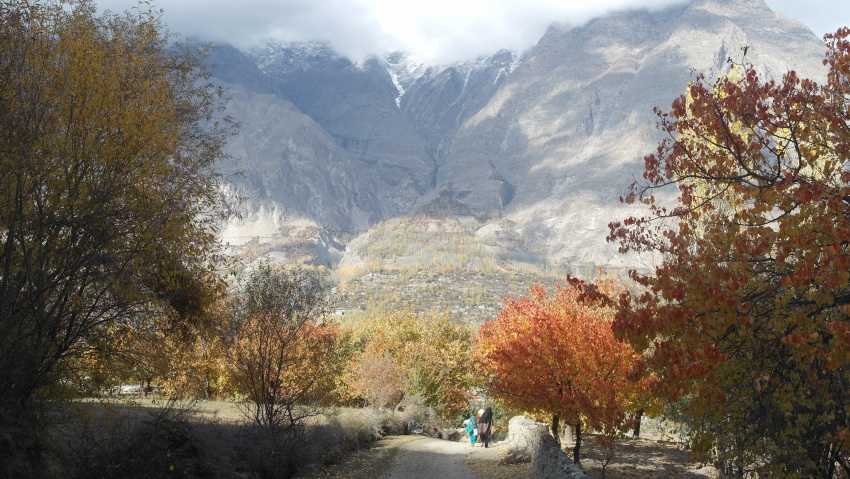 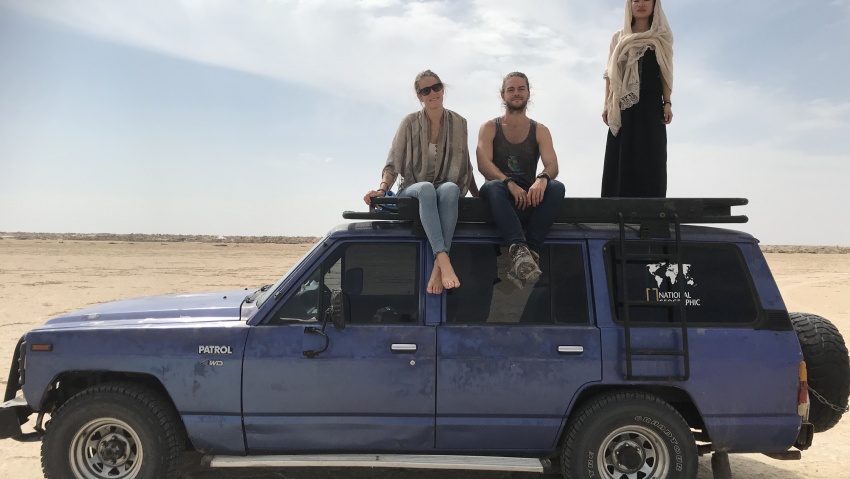